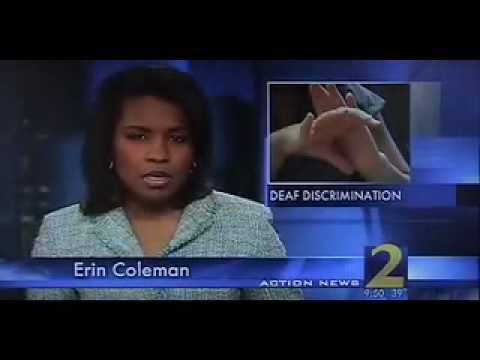 Georgia Found to be Discriminating Against Deaf People with Disabilities

Deaf Group Homes on the Horizon: Kudos to the state of Georgia, where a U.S. District judge has ordered the establishment of accessible therapeutic group homes for Deaf people with developmental disabilities. The state found violations of the Americans with Disabilities Act (ADA) and granted class-action status to a recent case, making the lawsuit open for other affected residents to join. The state is now in mediation sessions with plaintiffs’ lawyers to develop an action plan to address the needs of Deaf people with disabilities.

Why Teach ASL to Hearing Caregivers? Hire Deaf Employees!: All of this is great news, but more work remains to be done in educating Georgia about the needs of Deaf people with developmental disabilities. The article below quotes one of the plaintiffs’ lawyers: “…the remedy will require the state to set up programs to help prospective caretakers learn American Sign Language, and to make sure group homes are adequately staffed with the right professionals.”

How about hiring Deaf professionals who ALREADY are fluent in American Sign Language?!!! It seems a no-brainer, but apparently the state is in serious need of education when it comes to meeting the needs of its Deaf group home residents with developmental disabilities, a population that needs direct services from Deaf professionals who can communicate clearly with them and understand the subtle nuances of signing so often characteristic of this group.

By Bill Rankin
The Atlanta Journal-Constitution

11:16 a.m. Thursday, May 3, 2012
The state of Georgia is discriminating against people who are deaf and mentally and developmentally disabled by denying them meaningful access to mental health services, a federal judge has found.

In a recent ruling, U.S. District Judge Richard Story found the state is failing to provide appropriate group home care to such individuals and does not have enough mental health care practitioners who are proficient in American Sign Language. Because of these deficiencies, the state is in violation of the Americans with Disabilities Act, the judge found.

The plaintiffs, Story ruled, “have produced sufficient evidence to prove as a matter of law that deaf consumers, because of their deafness, and as a result of several institutional failures on the part of the state, are denied meaningful access to the mental heath care services provided by the state to the general public.”

Story said crafting a remedy to the problem must still be accomplished and said he was convinced one can be found through a collaborative effort. He directed a magistrate judge to oversee mediation between lawyers for the state and the plaintiffs — two deaf adults who have severe mental illness and developmental disabilities — to find a solution.

Find this article at:
http://www.ajc.com/news/atlanta/judge-state-discriminating-against-1430596.html